Good evening and welcome to Full Circle your cultural affairs radio magazine produced by members of the First Voice apprenticeship program. This show is written, produced and broadcasting live from Huchin – occupied Ohlone territory- that was colonized and known today as the Bay Area….

Tonight is a music show! A soundtrack of my life – if you will. I put together a collage of music from a variety of talented artists like Jill Scott and Lauryn Hill to Blue October, Deana Carter and Bobby Darin. My music catalog is a little eclectic and initially it was difficult narrowing down selections for tonight’s show – because I wanted to include every song that I ever connected with. But last night I finally brought out the chopping block and was wielding the axe with precision – because time was not on my side. Hopefully some of your favs made the cut or maybe you’ll hear a song that you haven’t heard in a while, or perhaps you’ll be introduced to something new…either way – hope you enjoy! stay tuned……

This event is a benefit for living jazz.

“In the name of love” is a profound celebration of music and civil rights! Don’t miss it!

For tickets to the Wyclef Jean Concert, visit the links below:

To listen to it on Sound Cloud —> SoundCloud 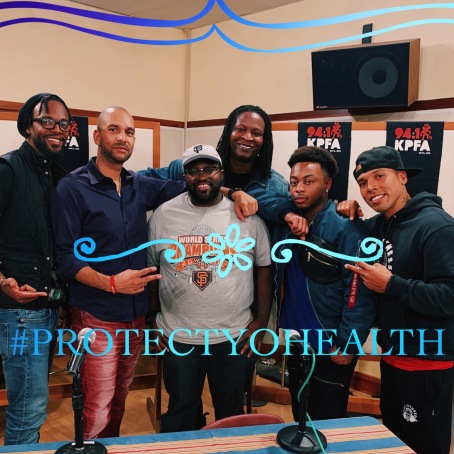 WADDUP YAY AREA! HAPPY NEW YEAR! AND WELCOME TO FULL CIRCLE PRESENTS DU RAGS & CONVERSATIONS: THE SERIES WITH DATBOYMEDIA. THIS WEEK FOR YOUR CULTURAL AFFAIRS RADIO MAGAZINE PRODUCED BY MEMBERS OF THE FIRST VOICE APPRENTICESHIP PROGRAM. THIS SHOW IS WRITTEN, PRODUCED AND BROADCASTING LIVE FROM RIGHT HERE IN HUCHIN OCCUPIED OHLONE TERRITORY KNOWN TO SETTLERS
AS THE BAY ARE AND TONIGHTS SEGMENT IS PRODUCED BY THE ONE AND ONLY “DATBOYMEDIA! TONIGHT WE’RE FINNA GET EDUCATED & LIT ASF !! I GOT TWO BEAUTIFUL LADIES FROM #SECONDMONDAYS TALKING ABOUT PLASTIC SURGERY, HOW TO LOVE YOURSELF AND PROMOTING BLACK EXCELLENCE!
I GOT TWO MEN OF COLOR (ONE WHO IS A FITNESS TRAINOR LIFE
COACH) CHOPPING IT UP ABOUT THEIR BUSINESS VENTURES, FITNESS; & MENTAL HEALTH IN THE URBAN COMMUNITY) AND I GOT CO HOST (JASON COLEMAN FROM YARDEN MY GARDEN)SO BLAST YO RADIO UP AS WE PLAY SOME OF THE HOTTEST/EXCLUSIVE REMIXES TO YOUR FAVORITE SLAPS WHILE LEARNING ABOUT BLACK & BROWN CREATIVES IN THE BAY AREA! THIS IS YA BOY DATBOYMEDIA! LET GO!

Tonight’s show: focuses on the Native American Two-Spirit community. The show will feature a variety of Two-Spirit voices, poetry, drumming and song drawn from a performance by the Bay Area American Indian Two Spirits, known as BAAITS, that was part of the Oakland museum of California’s Queer California: Untold Stories Exhibit.

BAAITS will be having their 8th Annual Two-Spirit Powwow on Saturday, February 8, 2020 at Fort Mason in San Francisco.  For information: https://www.baaits.org/ 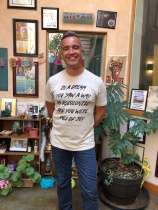 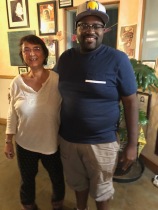 This is the “All Eyes On Him: The Tupac Tribute Show,” on Full Circle and tonight, we celebrate the legendary, the iconic, Grammy nominated rapper, actor, fashionista, and freedom fighter……..Tupac Shakur.

On tonight’s show, we’ll honor and celebrate the legend along with his music. We’ll hear some of the poetry he wrote and we’ll talk with Gregg Bridges, of Transitions on Traditions, and Ricky Vincent, of The History of Funk about the legacy of Tupac. 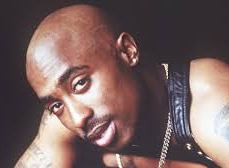 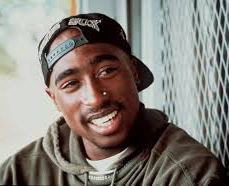 Welcome to Full Circle, your cultural affairs radio magazine. On tonight’s show, hosts KC and Shanice will let us eavesdrop on some of their most recent conversations. This particular episode was inspired by the popular daytime TV shows “the View and the “The Real” so this their version of the “The Real View”. You will hear their perspectives on multiple hot topics tonight including, a review of the new film- Queen & Slim, The Rapper T.I. and his daughter’s annual virginity checks, microaggressions in the workplace, the N-word and their thoughts on life after death.

To view the video of T.I. talking about his daughter’s annual virginity check, click on this link.

To hear Trina on TMZ talking about her encounter with the racist White woman, click on this link.

To view the trailer for the film, Queen & Slim, click on this link.

Welcome to Full Circle, your cultural affairs radio magazine. This show is written and produced by apprentices of the First Voice Apprenticeship Program and is broadcasting from right here in Huichin occupied Ohlone territory also known to settler as the Bay Area.

Tonight we will discuss living and dying. It’s The two things that we have Guaranteed while and until they happen. But how are we doing it? And how could we be doing it ?

Tonight’s show is all about Gina’s Journey: The Search for William Grimes! We will have a conversation with the film’s Creator and Executive Producer, Regina Mason and the film’s Director, Sean Durant. The film provides an account of Ms. Regina Mason’s travails in finding one of her direct ancestors, Mr. William Grimes, her great-great-great grandfather – whose writing was the first published escaped “slave” narrative in U.S. history. Stay tuned!

To learn more about the book and film, Gina’s Journey: The Search for William Grimes; check out their website here

Tonight in the KPFA Performance Studio, we’re featuring The Phat Luv Band. We will learn about their creative process and listen to dynamic music.

So stay tuned to Full Circle…….. 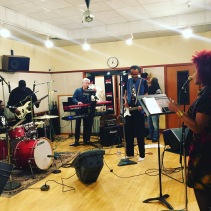 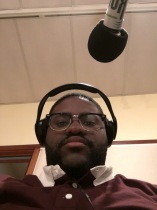 The Phat Luv Band getting ready for the show

Congrats on  transitioning from Group 45 to A. WORD. FROM. We can’t wait for the stories you will tell. 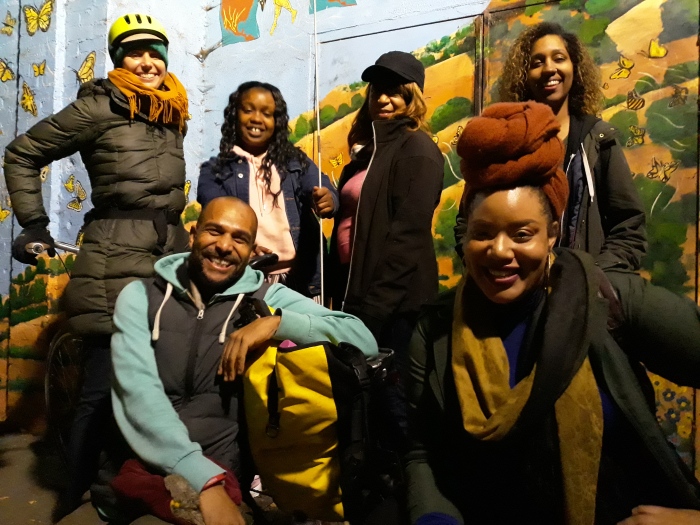